Android Revolution – Is this the End of Windows CE? 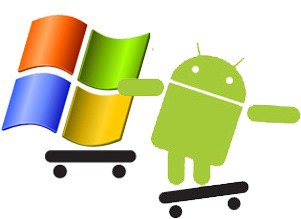 According to Strategy Analytics, Android commanded an impressive 79% worldwide smartphone market share in 2013. According to this report, 8 out of 10 smartphones sold in 2013 were powered by Google’s platform.

The growth has now begun to slow down (not much though) but given the high rate of growth Android experienced in last 2-3 years, this trend is only natural as Apple, Microsoft, Tizen, Firefox and others in the worldwide smartphone market won’t let Android storm the marketplace completely without a fight.

Platform enhancements, mergers & acquisitions and other such moves by Android’s direct competitors may keep Android from increasing its market share this year and beyond.

The fact is red hot growth is never permanent.

Android’s worldwide smartphone market share jumped from 68.8% in 2012 to 78.9% in 2013. Microsoft’s Windows CE/Windows Mobile, although not much of a formidable player in the market at the beginning of 2012 witnessed its average market share growing by just around one point from 2.7% to 3.6%!

The statistics below suggest that Android is winning but the war is far from over!

Android has emerged as a winner against nearly every platform including Apple’s iOS but Microsoft’s Windows CE (as far as Windows Mobile Standard subset of Windows Mobile is concerned) appears to be the biggest loser in this race (especially because it’s a Microsoft product).

Both Microsoft and Apple shipped more smartphones last year but that was way less than enough to make Google nervous.

The performance of Microsoft’s platform, as the statistics indicate, has been abysmal in comparison to that of Android.

Whether Android revolution spelled doom and gloom for Microsoft’s Windows CE and Windows Mobile or not is not so straightforward a question as it seems.

Is WinCE losing it completely?

Yes, Android is literally gobbling up the market share with dozens of cheap Android smartphone models now being sold like hot cakes in not just emerging economies but the third world too.

BUT, market share alone is not a winning factor today. Not in the mobile marketplace!

It’s not the 1990s when Microsoft’s strong foothold in the desktop operating system market paved way for consistent adoption, leaving everyone including creative Apple guys in shock.

Users who traversed a long learning curve to get accustomed to desktop Windows operating systems in 1990s and beyond had no option but to continue using it. Apple as an alternative was a lot more expensive and other desktop operating systems just couldn’t wade through a market dominated by Microsoft.

In the mobile OS market, the total number of smartphones sold last year includes a huge chunk of users who don’t want Android, Apple, WinCE, Blackberry or anything else in particular– they just want a CHEAP smartphone.

Interestingly, most of these users will perhaps never PAY for an app or even get permanently connected to the Internet anytime soon.

So when it comes to web share, ad traffic and overall revenues generated, Android is yet to prove its mettle. Both Apple’s iOS and Microsoft’s WinCE are doing just fine on this front.

Android’s user interface is not as appealing and sleek as iOS. WinCE does not necessarily fare better on this scale but it’s faster on many fronts. Many companies are customizing Android as per their own needs and unique business models, making it difficult for Google to maintain platform wide harmony but company’s liberal approach has at least paid off in terms of  the numbers.

As the gap between desktop and mobile devices shrinks in coming years and cloud solutions take center stage, the winner will be a platform that’s not just cheap and backed by millions of apps but also backed by some high performance features.

Need Some Help With Responsive Websites?

If you’re someone who’s yet to figure out whether you need a mobile app or a responsive website, feel free to get in touch with us through the Live Chat box below. You can also fill up our online query form. We will get back to you at the earliest.

David Fraas is a Digital Marketing Strategist at Digital6 Technologies. He spends his day working with clients on their web site projects, marketing or eCommerce solutions. He also enjoys long walks, chewing gum and coding in FORTRAN - that's right, all caps!